Tesla Wants to Bring Chinese LFP Batteries to US

The company's move to use LFPs in all standard range cars comes among rising interest in the battery type. 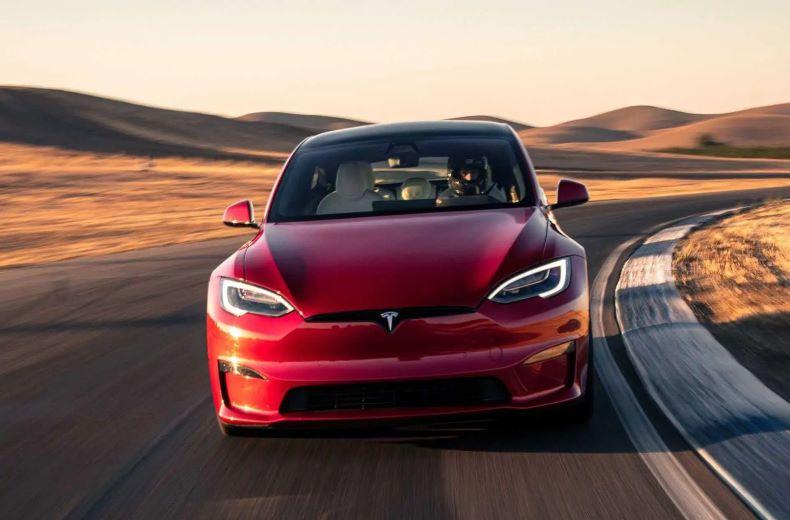 (CapitalWatch, Oct. 22, New York) Tesla (Nasdaq: TSLA) is working to bring lithium iron phosphate (LFP) batteries to U.S. manufacturing, a move that could significantly impact related stocks in China and the U.S. First, however, the EV maker must overcome political and economic tensions between the two countries.

Although LFP batteries don't have the same energy density as the nickel-based batteries and can't run as far on a single charge, the former has advantages in manufacturing cost and safety. China is the forerunner in LFP battery production and the dominant global supplier. A significant part of that supply comes from Chinese battery giant Contemporary Amperex Technology Co. CATL has been a supplier of Tesla for Model 3 and Model Y, as well as entry-level Model 3 sedans with LFPs in the U.S. According to Reuters, Tesla's success in withstanding the pandemic and global supply-chain crisis can be largely attributed to a production build-up at its Chinese factory.

Now, Tesla announced that it plans to use LFP batteries in all standard range vehicles going forward. It also plans to localize production of the batteries in proximity to its factories with the help of Chinese manufacturers. The company is currently building factories in the U.S. in Germany.

There are several potential hurdles that could prevent Tesla from bringing CATL into these plans.

As LFPs gain interest in the U.S., Apple (Nasdaq: AAPL) was reported to be in early talks with CATL and BYD (OTC: BYDDF; HKEX: 1211 ), another major Chinese manufacturer, in June, according to Reuters. At the time, it was reported that Apple was hoping for CATL to build factories in the U.S.. However, the battery giant has been hesitant amid the tense political climate between the U.S. and China.

Although both countries see the importance of electric cars in aim to combat climate change, the U.S. has maintained tariffs against Chinese imports with no sign of slowing down its aggressive approach. At the current state, Washington needs China's help. China maintains a major part of the supply chain for the manufacture of lithium-ion batteries, including the processing of minerals and raw materials, as well as recycling.

The upcoming expiration of some key LFP battery patents in 2022 could also increase competition, and though severe regulatory crackdowns in the technology sector in China aren't currently affecting suppliers much, they have the potential to become another hurdle for manufacturers, according to Reuters.

In addition to supplying batteries for Tesla, CATL has reportedly signed a contract with U.S. auto manufacturer Electric Last Mile Solution (Nasdaq: ELMS) until 2025. CATL is also expanding in Canada through the acquisition of Millennial Lithium Corp for $298.7 million.

Recently, CATL made a $9 billion investment in increasing its capacity as well as a new $5 billion battery recycling facility for materials like cobalt and lithium.

Though there are challenges related to the change to LFPs for all standard range cars, Tesla's switch to LFPs in its standard range vehicles marks the growing popularity of these batteries and Tesla CEO Elon Musk reportedly said that this switch would free up battery capacity for vehicles that require higher-density, long-range batteries based in nickel like semi trucks.

This week, CATL's share prices spiked in Shenzhen and hit a milestone of 600 yuan ($93.58), which brought the company's market capitalization to over 1.4 trillion yuan ($219.2 billion), according to the Global Times. Tesla shares are up about 25% year-to-date.
Topics:
Tesla, CATL, electric cars, LFP, manufacturing